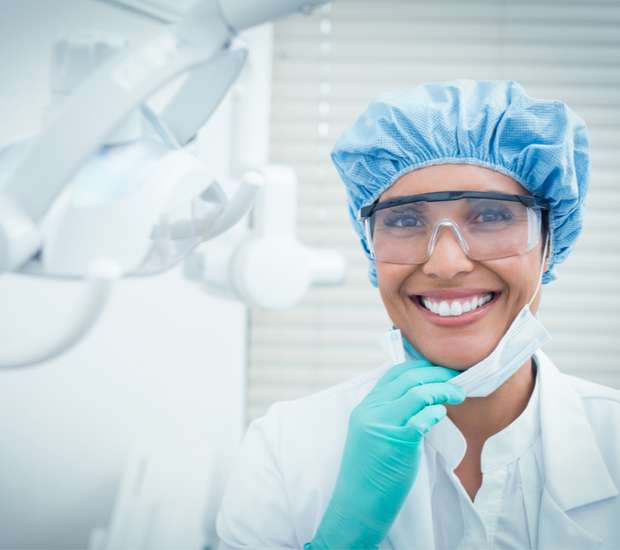 OralDNA ®  Labs offers testing for the profile of oral bacteria that cause periodontal disease. These bacteria, especially at high levels, and in combination with an individual’s genetic inflammatory response, result in bad breath, painful, bleeding gums, loss of bone and eventually tooth loss. But the consequences of these same bacteria, present for years and decades, add significantly to the risk of wide range of life- threatening diseases beyond the mouth. Below are some of those diseases and the measurable risk of those diseases becoming serious if these oral pathogens are not treated.

Cardiovascular disease:       There is consensus within the medical and dental professional organizations that periodontal bacteria contribute to the initiation, progression and prognosis of cardiovascular disease. From key meta-analysis studies, persons with untreated periodontal infections have up to a 20% increase in their risk of coronary vascular disease 1 . The multiple of risk for stroke (1.74-2.85 fold) and peripheral vascular disease (1.41-2.27 fold) is equal or greater 1 . More specifically, the risk of a first myocardial infarction is associated with periodontal disease (OR of 1.49) even after adjustment for a history of smoking, obesity, diabetes and selected socioeconomic factors 2 . But equally important is the concern for specific bacteria that are a basis for this risk including A.a., P.g., T.f., T.d., F.n. and P.i. 3-7 . Specifically, Fn carries a series of virulence factors that can contribute to inflammation of the arterial wall 8 . Toward the interest to prevent heart and vascular disease, testing your patients for which types and what levels of these dangerous bacteria are present will provide them better care.

Metabolic health and Diabetes:      Elevated levels of periodontal bacteria can directly cause hyperglycemia 9 . Long term, the inflammation associated with increased pathogen burden can affect the health of the pancreas, and specifically, there is the risk of the loss of beta cells that produce insulin and respond to elevated blood glucose 10 . Correspondingly, persons with elevated blood glucose are at risk for progressive periodontal infection and inflammation 11 . So, by these opposing mechanisms, the relationship of periodontal disease and pre- diabetes and diabetes is viewed as a two- way street 12 . Early detection of periodontal infection and proactive management to reduce bacterial loads can improve blood sugar control and lessen the complications of diabetes as well as the consequence of periodontitis 13 .

Health During Pregnancy:       The oral microbiota changes when women become pregnant, and levels of periodontal pathogens increase 14 . During pregnancy, periodontal inflammation worsens, mostly due to increased levels of A.a., P.g., F.n. and P.i. 15 . Among these oral pathogens, there is a marked risk of infection of the maternal blood and the placenta, which leads to an increase in pre-term labor, lower birth weight and even the chance of fetal loss due specifically to the bacteria P.g. and F.n.  16,17 . Further, the long-term risk for systemic disease in mothers with periodontitis is evident in the progression of atherosclerosis and the increased risk of venous thrombosis due to F.n., P.g., T.f. and A.a. 16,18 . For these reasons, consider testing all women who are planning a pregnancy with the goal of reducing these bad bacteria.

Development of Cancer and Risk of Progression:       Advanced periodontal disease is associated with a 2.5 fold increase in smoking related cancers 19 . Breast cancer is common, and persons with elevated levels of the bacteria A.a. and P.g. have a greater chance of recurrence or failed response to treatment. In another prospective study, persons with periodontal P.g. showed a 59% increased risk of pancreatic cancer. There are also reports of oral A.a. and T.d. linked to pancreatic tumors 20 . P.g., T.d. and T.f. are also linked to risk of esophageal cancers 21,22 . Reducing your patient’s risk of developing cancer by treating periodontal infection is another reason to visit your dentist and request a MyPerioPath ®  test. A role for the oral bacteria Fn in the progression of colorectal cancer is provocative. Several recent studies show that F.n. can be identified within the primary cancer cells from colonic tumors, and are carried to metastatic sites involving regional lymph nodes 23,24 . This is a newly observed phenomenon that will affect how cancer treatment protocols will be developed in the future.

Joint and Musculoskeletal Health:    Rheumatoid arthritis is a chronic inflammatory condition. In a recent meta-analysis of 21 separate studies, there was a significantly increased risk of periodontitis in people with RA compared to healthy controls (relative risk: 1.13; 95% CI: 1.04, 1.23; p = 0.006; N = 153,277) 25 . The most prevalent pathogens found were P.g. and F.n. Importantly, the infection and the antibodies against these bacteria are typically found before the onset of symptoms 26 . The good news is that therapeutic reduction of bacterial load, as determined by molecular tests such as MyPerioPath ® , may reduce symptoms and improve the prognosis of the arthritis 27 .

Dementia and Brain Health: Recent medical studies point to poor oral health, and high levels of the bacteria    in our gums with the increased risk to develop Alzheimer’s and other types of dementia. Additionally, the direct effects of those oral bacteria to cause atherosclerosis in the vessels within the brain impart significant risk for stroke and vascular types of dementia.

Check out what others are saying about our OralDNA services on Yelp: OralDNA San Clemente 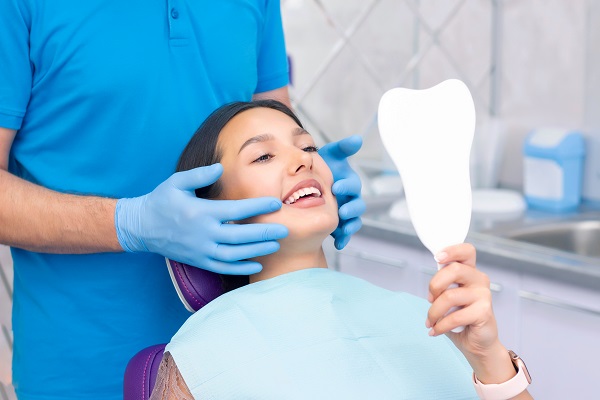 4 Options For A Smile Makeover

A smile makeover is a great way to improve the way that the teeth appear. Through certain procedures, patients can have a smile that they are proud to show off. Additionally, many of the available procedures help with the functionality of the teeth, while also ensuring that good oral health is maintained. Want to learn more… 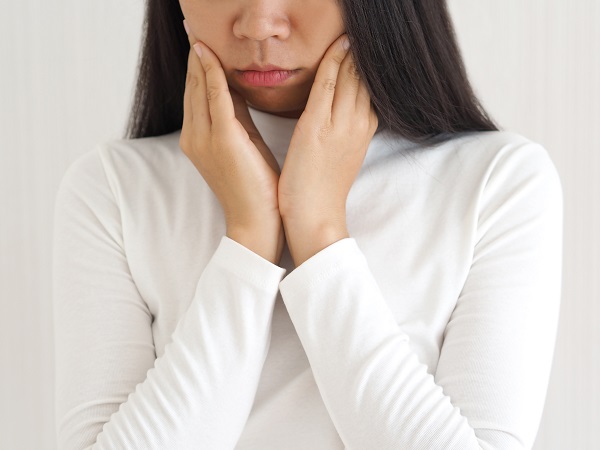 Find out more about TMJ, a common jaw-related disorder. Visiting a general dentist allows individuals to receive a proper diagnosis, as well as understand how severe the TMJ is. Once diagnosed, treatment is the next step.Understanding what TMJ is and how it can affect one’s oral health is important. Since TMJ can also affect one’s… 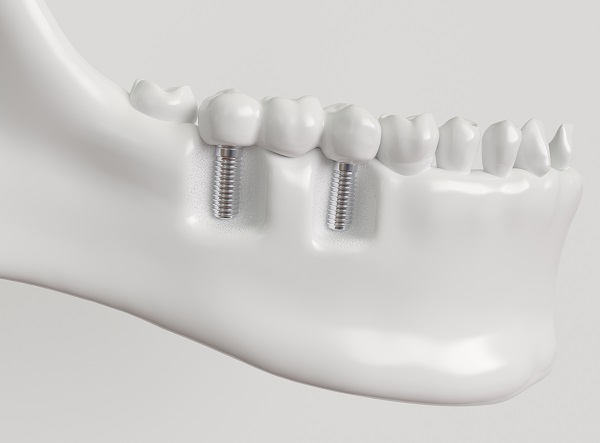 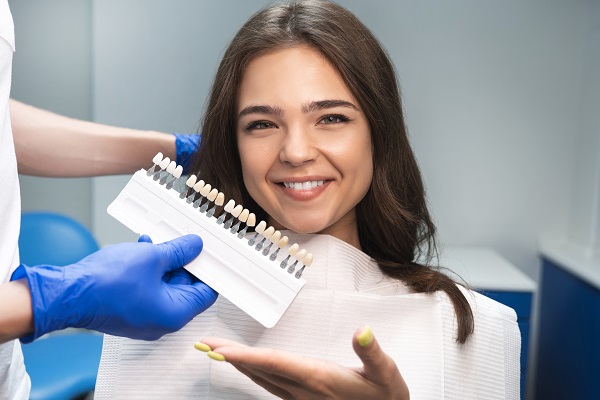 What Is A Dental Veneer?

Looking for dental veneer information? This popular cosmetic dentistry option is one that is chosen often by dental patients who want a smile makeover. Before making a choice, it is first necessary to fully understand what dental veneers are.According to WebMD, veneers are thin shells made of tooth-colored material and are designed to cover the… 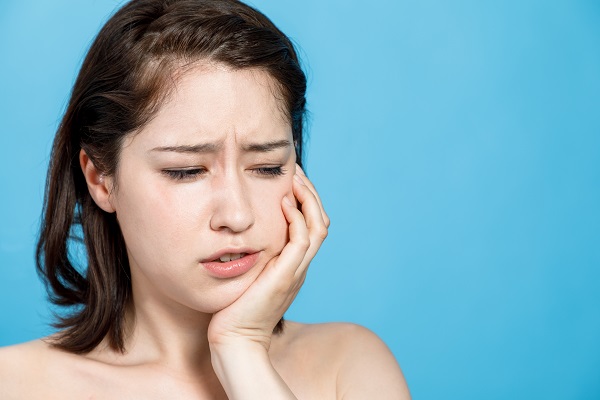 TMJ refers to the temporomandibular joint, which is located near the jawline. When there is any sort of malfunction with the joint, the result is TMJ disorder. Sufferers of TMJ disorder tend to experience pain and difficulty performing things such as eating, smiling and speaking. TMJ pain has treatment options, including wearing oral appliances, practicing self-care…

For your safety and ours we are constantly updating our response to the Covid 19 virus on our office voicemail.

We have enhanced sanitizing all areas of the office and have increased our screening process of all patients. Please be patient with our questions upon arrival. We are following all guidelines put forth by the CDC and ADA.